Those who know me, know that my young 24-year-old son quit college several years ago to become a police officer. He moved to Georgia, where officers do not need a four-year college degree. He spent months at the Academy and became an exemplary police officer. Then, just about six months ago, he and his best friend and fellow offiicer answered a call — it was a terrible day that ended in his friend being killed. There is so much more here than meets the eye. It is not just the death of an officer, it is also the struggle to try to save him. It is what follows that makes hell for those who survive. The memories wreak havoc on the brain. PTSD becomes a reality, not an acronym. There is so much grief and so many pent-up emotions.  Words do not say enough. That’s why, recently, upon my return from Baselworld, when an old friend of mine reached out to me to tell me about a watch brand he is now involved with — MTM Special Ops watches –and to tell me about a new initiative the brand has in conjunction with  Law Enforcement Today (LET), the largest national on-line publication for police officers in America, to create a watch that supports fallen officers and their surviving families and co-officers via Concerns of Police Officers (C.O.P.S.), I paid attention.

MTM Watch is creating a special timepiece, the stainless steel MTM Special Ops C.O.P.S watch — and a sizeable portion (40 percent) of the sale of each new MTM Special Ops C.O.P.S. watch  is being donated to Concerns of Police Survivors (C.O.P.S.), which works to provide resources to help survivors cope with their losses and potentially rebuild their lives. According to the statistics provided by LET and C.O.P.S., approximately 140 to 160 police officers in America are killed in the line of duty annually. 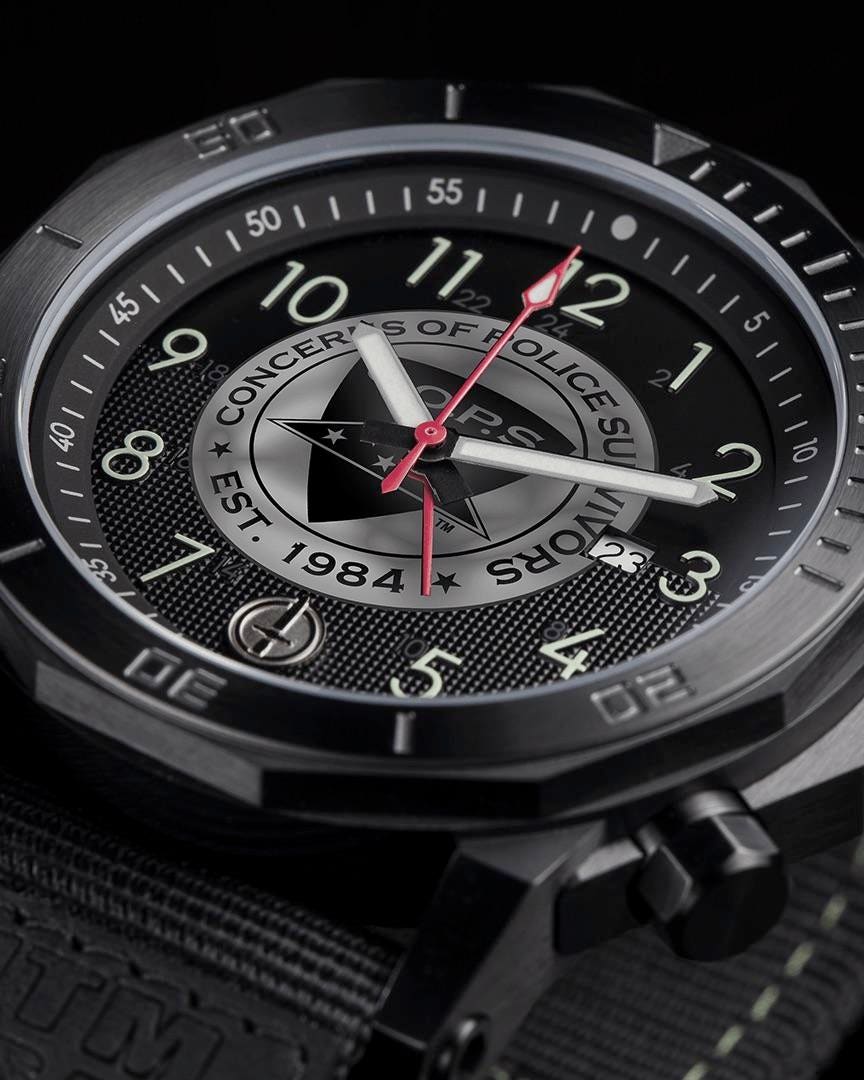 Blackened stainless steel MTM Special Ops C.O.P.S. watch is totally customizable (with 30 different options) and features an anti-reflective sapphire crystal and GMT function. A large portion of the proceeds of the sale of the C.O.P.S. watches goes to the organization, which helps support the survivors of fallen heroes.

The new stainless steel MTM Special Ops C.O.P.S. watches will feature a custom printing of the C.O.P.S. logo on the dial. There are three models in the  collection made especially for C.O.P.S., each with its one serial number. Additionally, there is a specific model in the collection designated for those who want to honor a particular fallen hero. This watch can be custom engraved with the fallen officer’s name, rank and End of Watch (EOW). 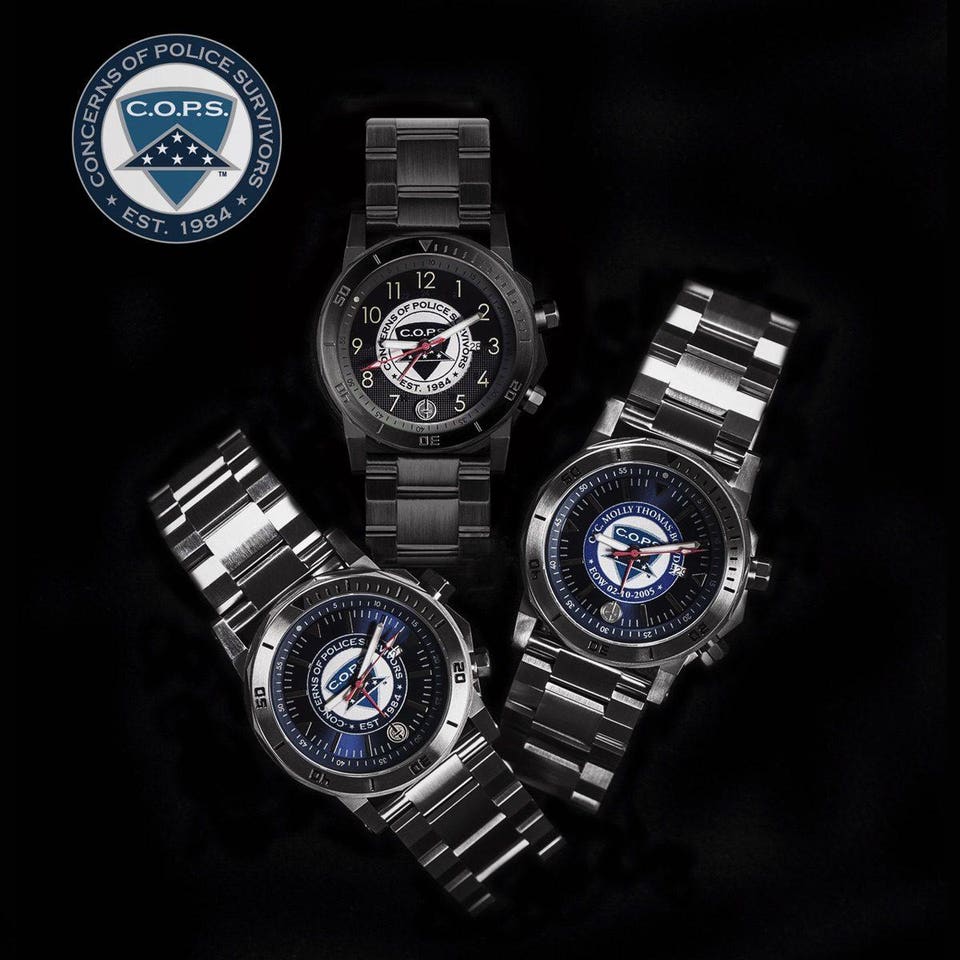 There are several versions of the MTM Special Ops C.O.P.S. watch being made.

“We’ve watched over the years as C.O.P.S. has not only touched the hearts of Survivors across America,  but also literally saved many of their lives,” says Robert Greenberg, Founder of Law Enforcement Today. “It’s an honor to be able to rally our community around a company that has put together such an incredible fundraiser for the men and women saving lives at C.O.P.S.”

The MTM Special Ops C.O.P.S. watches can be engraved with an officer’s name, badge number, or EOW date.

A naturally sensitive subject, honoring fallen heroes killed in the line of duty is difficult. According to MTM, C.O.P.S. and LET, the concept of being able to engrave a fallen officer’s name, badge number, EOW on a watch that can be worn every day is a way  for survivors to honor that person forever.

(Portions of this article by Roberta Naas first appeared in her PerfectTiming column on Forbes.com)