Hands On With The Bulgari Octo Finissimo Chronograph Record-Setting Watch

Setting another world record this year, Bulgari unveiled the world’s thinnest automatic chronograph during the recent  Baselworld 2019 exhibit. Recent I had a chance to go hands-on with this watch, and I must say it is impressively thin. 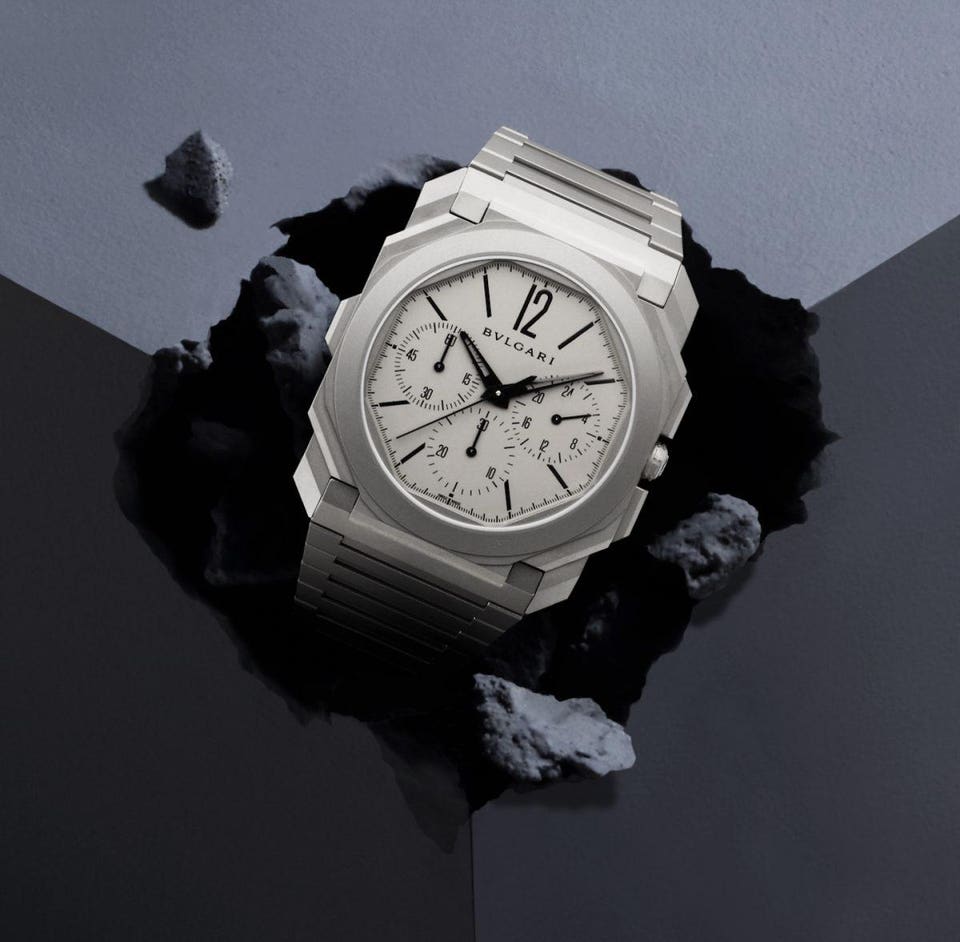 The new Octo Finissimo Chronograph measures a scant 3.3 mm (1/8th of an inch)  in thinness—about the thickness of two basic letter envelopes stacked. The integrated movement is the flattest automatic chronograph on the market today. It represents the fifth world record unveiled by the brand in the Octo Finissimo line in the past five years. 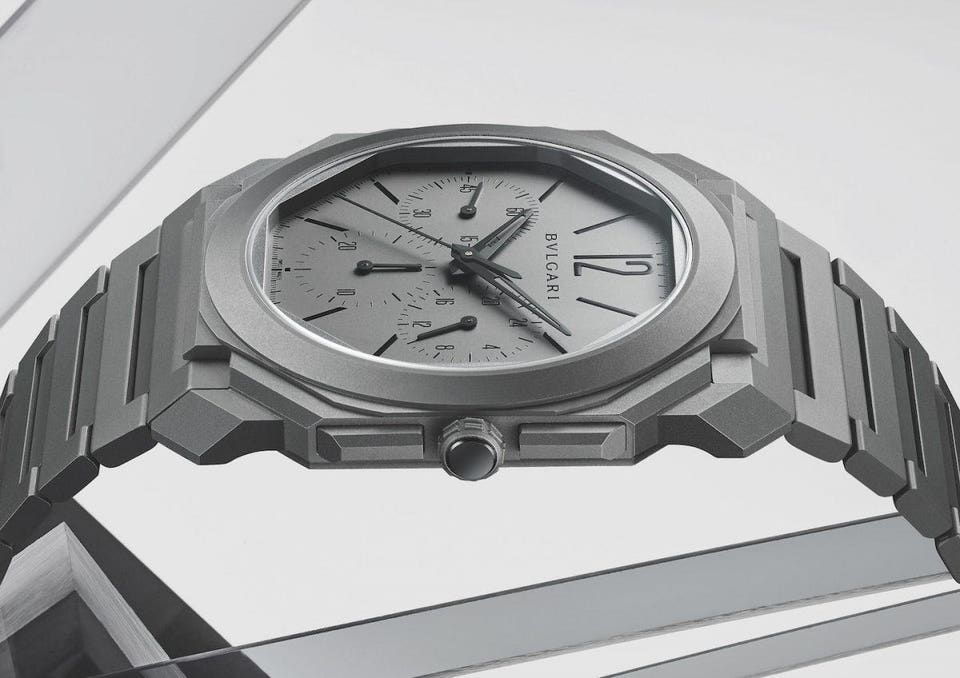 Bulgari Octo Finissimo Chronograph measures 6.9mm in thickness — just about a quarter of an inch.

The manufactured integrated movement—BVL 318—is equipped with a peripheral rotor to keep the thickness to a minimum. In addition to offering the chronograph function, the watch also has a GMT function wherein the wearer can set the local time with the press of a button at 9 o’clock.  The home time is displayed on the subdial at 3 o’clock using a graduated 24 hour day/night scale. The running seconds are displayed in the subdial at 9 o’clock. The chronograph minutes counter is positioned at 6 o’clock for easy reading. 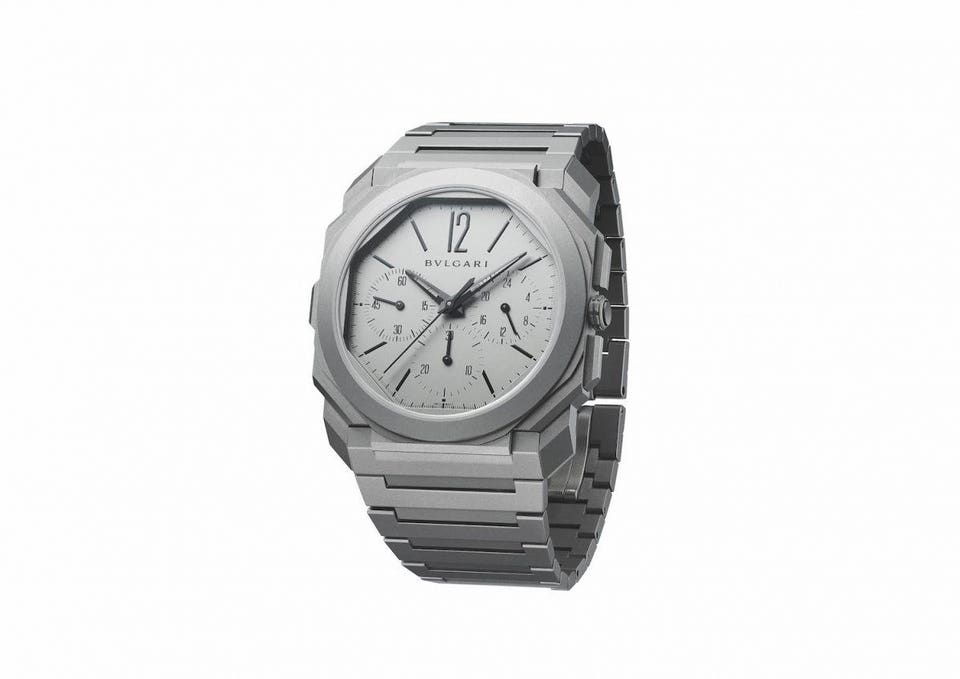 “The watch measures 42mm in diameter and is cased in an extra-thin titanium case that measures 6.90 mm (just over a quarter of an inch thick). The crown is set with ceramic and the dial is made of sandblasted titanium. The watch is equipped with 55 hours of power reserve and is water resistant to 30 meters. The movement is visible via a sapphire caseback. Remarkably, the watch retails for $17,600.

According to Jean-Christophe Babin, CEO of Bulgari, “Entirely developed by our watchmasters in our LeSentier Movements Manufacture…it represents a  quantum leap in terms of thinness in the field of chronographs, which, let’s never forget it, represent in watchmaking one of the most difficult and sophisticated complications.”

(A portion of this article by Roberta Naas originally appeared on Forbes.com)