Cars and watches — they just have so much synergy that it is difficult to not make a watch inspired by the auto-racing world if you are a top watch brand. Such is the  case with Bell &Ross,  the official watch partner of the Renault Sport Formula One Team, which now expands its collaboration with the French team and unveils an all-new high-performance watch line inspired by the steering wheel of the new Renault RS17 F1 car:  the BR-X1 Chronograph RS17 watches.

The new line — a series of three watches — complements the watches unveiled in 2016 that helped launch the partnership with The Renault Sport F1 Team. Each of the three new chronograph watches is inspired by the steering wheel of the RS17 car and is made using lightweight Carbone Forge®, titanium and ceramic that is identical to the materials used in the Grand Prix racing cars.  Each of the colors used for the watches are found on the Renault cars.

Turning to bold use of color to code all of the information the watch delivers, Bell & Ross gives the driver (or the wearer) immediately recognizable info without risk of error. There is a different designated color for the time indication, the chronograph, date, seconds and power reserve indication, ensuring the display is exceptionally clear and easy to decipher.

The Bell & Ross BR-X1 RS17 Skeleton Chronograph features a 45mm x 45mm case is  made in forged carbon and integrates yellow, once again, to recall the Renault Sport F1 cars. It features “rocker”like push buttons and an engraved tachymeter scaleon the bezel. The watch movement is skeletonized for viewing of the movement 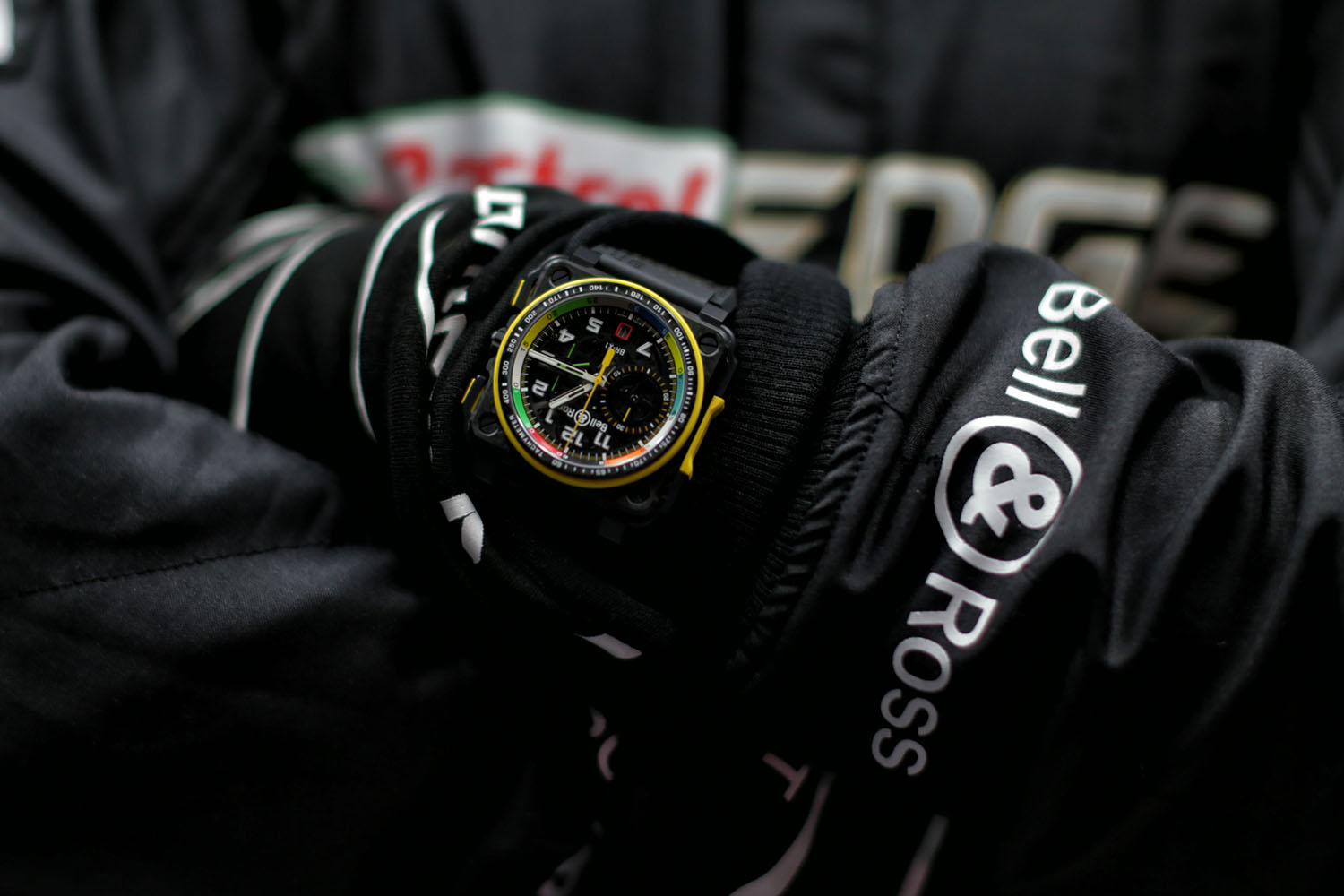 The Bell & Ross BR-X1 Tourbillon RS17 combines a one-minute flying tourbillon at 6 with a mono-pusher column-wheel chronograph. Many of the movement parts are visible dial side, including the column-wheel at 12:00. 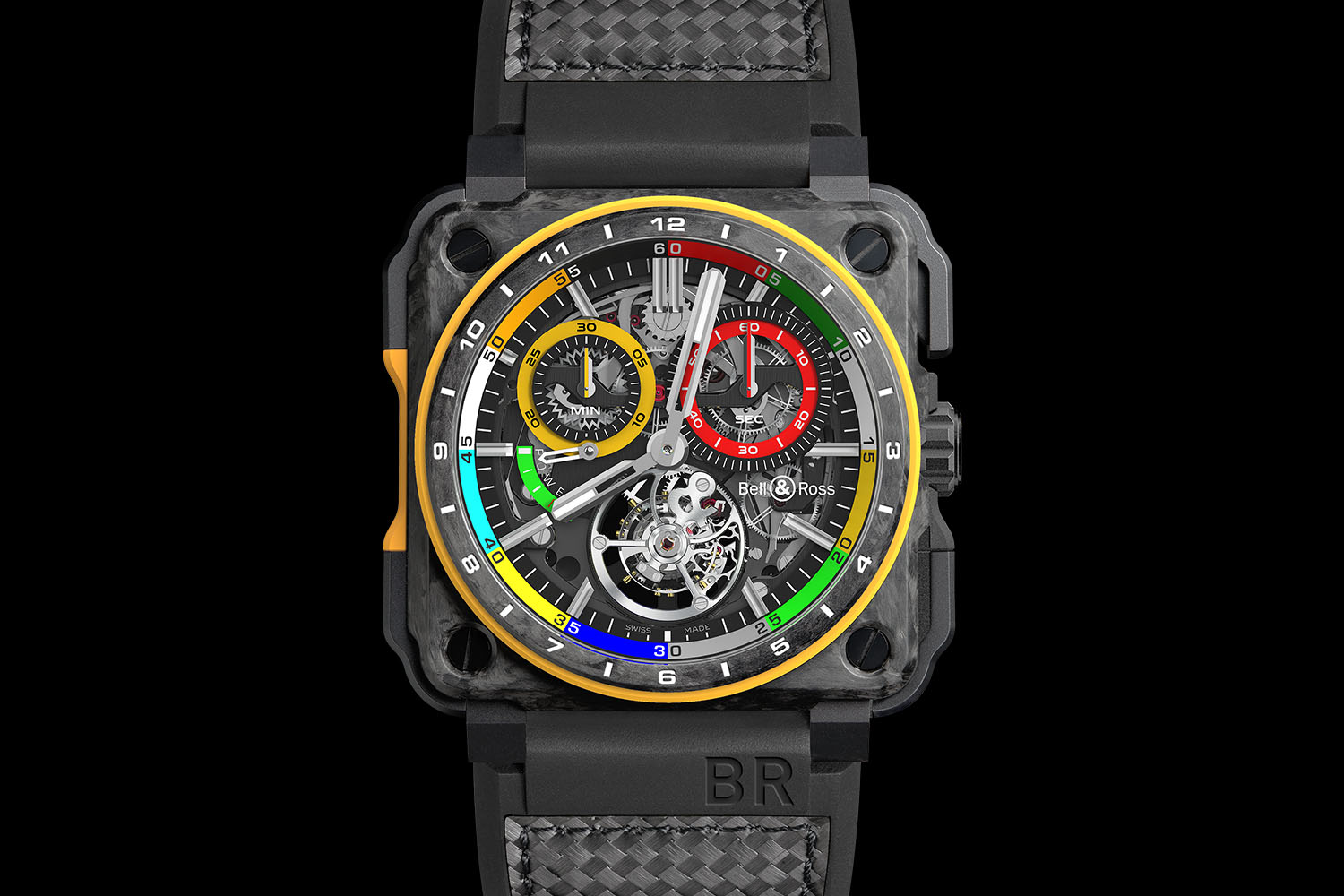 The chronograph  is activated via a paddle-like pusher (in yellow) on the left of the case.On this watch, the inner flange is divided into hour segments, defined by a different color scheme. The watch offers four days of power reserve.