SIHH and Baselworld coordinate dates for 2020

Earlier today,   Salon Internationals de la Haute Horlogerie (SIHH) and Baselworld announced plans to coordinate exhibition dates for the year 2020 through 2024, so that the shows coincide in timing. They also announced a joint date move to late  April through early May instead of January and March when the shows typically take place.

The new show dates for 2020 witness SIHH first, from April 26 to the 29th, followed by Baselworld  from April 30 to May 5, 2020. The announcement was highly anticipated by the industry, with many brands publicly calling for the alignment of show dates in order to make it easier on global visitors to attend both exhibitions. 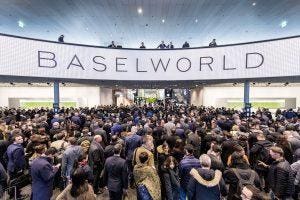 Baselworld is typically held in March in Basel, Switzerland.Baselworld

Prior to 1991, Baselworld was the only watch exhibition of the year. However, Cartier and a host of other brands broke off from the show and created the SIHH in Geneva in 1991. In those first years, SIHH was coordinated in time-frame to Baselworld so that visitors could attend both shows. It was only later that SIHH moved its show to January — forcing visitors who wanted to meet key Swiss brands to travel to Switzerland twice a year.

With this synchronization, it is expected that visitor attendance at both shows will rise, and perhaps also exhibitors who announced their departures from Baselworld– such as the entire Swatch Group — may return.  Baselworld currently plays host to some of the largest independently owned brands exhibiting, including Rolex, Patek Philippe, Chopard and all of the LVMH brands. While SIHH is the home for the majority of the Richemont Group brands, and a host of important  independent brands.